All Instructors at BYC have successfully completed the intensive, specialized Bikram Yoga Teacher Training, which is held twice a year in different locations. The classes and lectures are led by senior teachers, Rajashree Choudhury and Emmy Cleaves, and overseen by Bikram Choudhury himself. Teachers receive extensive training in anatomy, yoga philosophy, yoga asana and intensive heat conditioning. It is a gruelling 9-week course and only those certified by Bikram may teach Bikram Yoga. 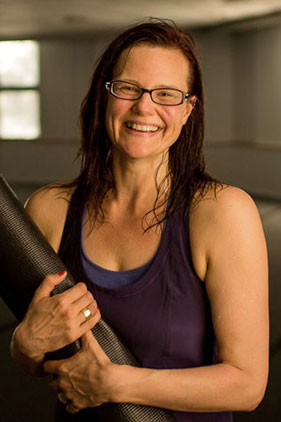 I attended my first Bikram Yoga class in May 2010. Like most people I struggled, sweated and felt dizzy yet after the final rest or ‘savasana’ of class, I felt the most peaceful I had in a very long time. I was hooked! I kept returning and it wasn’t long before Bikram Yoga Canberra became my second home, my sanctuary, the place where I discovered who I truly am. I am so grateful to my family, especially my husband and children for encouraging me to follow my passion and complete my Bikram Yoga Teacher Training in LA in November 2012.

Bikram yoga makes me feel happy, focused and balanced. The practice continues to challenge and surprise me. I feel deeply honoured to teach and be a part of watching students transform their lives through yoga. I strongly believe that Bikram Yoga can help everybody regardless of their age, level of fitness and health. My favourite quote from Bikram is “It’s never too late, you’re never too old or too sick to practice yoga and start from scratch once again”. I look forward to seeing you in the hot room and I hope that, like me, BYC will become your second home! 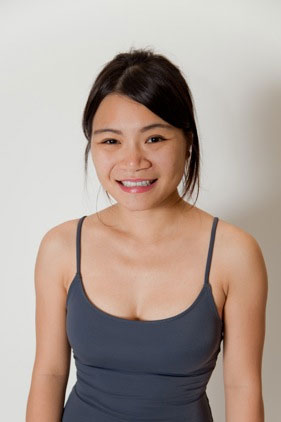 I started doing Bikram Yoga in June 2006 in Toronto back in my university days. I was stressed and unfit. I barely survived my first class, but it’s that refreshing feeling afterwards made me decided to go back and practice regularly. I completed Teacher Training in November 2011 in Los Angeles. After graduation, I have taught in Canada, Thailand, New Zealand and several other countries throughout Europe.

Practicing Bikram Yoga consistently has benefited me in muscle toning, stress relief, mental clarity and an overall sense of well-being. Holding stillness in asanas and concentrating on breathing bring me closer to my inner being. Bikram said "Never ever under-estimate yourself… You don't know who you are yet."This sequence is a powerful tool for self-discovery. Behind every struggle there is growth. I simply love this yoga. I hope to meet you at some point soon. Whether I am practicing next to you or being your instructor in class, I look forward to sharing this amazing yoga practice with you. 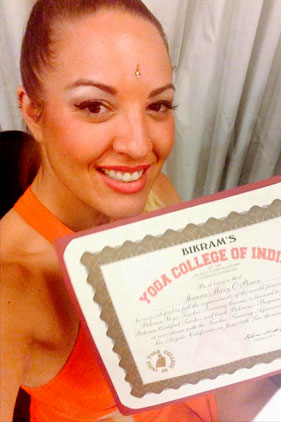 I first got introduced to Bikram yoga in Dubai in 2008. I was an international flight attendant at the time and I used to practice after long trips to help combat jet lag & ease the pain of having 3 bulging discs in my lower back. However, my practice was erratic.

I then moved to Australia in 2010, my back pain was getting out of control again so the first thing I did was locate a Bikram yoga studio, and just as fate had it, Bikram Yoga Canberra had just opened its doors as the first Bikram studio in Canberra.

I used to rely on the yoga as my workout, for the physical benefits, for the pain relief. But then with regular practice I start noticing big changes in other parts of my life, not just my physical body. This had me hooked. The sense of being present, the mindfulness of using both my actions and words in a positive way, the self awareness. This practice has not only contributed to healing up the symptoms of my back injury (which might I add was meant to have surgery on it), but has also helped me on my path to finding balance and inner peace and ability to manage the stresses we face in this crazy life, the abs and the Bikram body are just a really cool side effect to what this practice actually offers and gives.

Saying that, the yoga had given me so much mentally and physically, it became part of my path to then give back to the yoga. Hence why I became a teacher in 2014. I firmly believe that EVERYONE will take something positive away from this yoga with regular practice. I believe this practice prepares your mind and body so you can actually live a long life with a healthy mind and a strong body.

One of my favourite Bikram Choudhry analogies is:

'You use your car every day, so you service it regularly. How often are you using your body? EVERYDAY! So why aren't you servicing it also'

Thank you Bikram yoga, you helped get me on this beautiful path and I'm enjoying every minute of the continuous journey where I learn and grow daily. 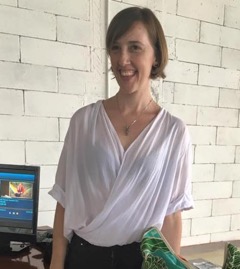 I tried my first Bikram Yoga class in May 2007 when a friend  invited me to practice with her at Bikram Yoga Fitzroy.  I was grossly over-dress in long sweatpants and a t-shirt and I thought it was the weirdest thing I’d ever experienced, but I felt so good after the class that I went back the next day.  Within two months the chronic insomnia I had lived with since I was a teen-ager was gone, my back felt better, I had quit smoking and felt lighter and happier than I had in a long time.  After several years of consistent practice I attended Bikram Yoga Teacher Training in 2009 and have been teaching full time since then, predominantly in Melbourne.  I have been fortunate enough to travel around Australia and the world, and have spent time with some of the most senior teachers in the Bikram Yoga community.  Most recently I spent two years in Jakarta, teaching yoga in Indonesian.  My appreciation for the simplicity and effectives of Bikram’s Beginner Series continues to grow the more I teach and practice, and I am inspired by the dedication and generosity of the people I have met over the course of this adventure.  I am really excited to be back in Canberra to keep learning and teaching and practicing with the BYC community. 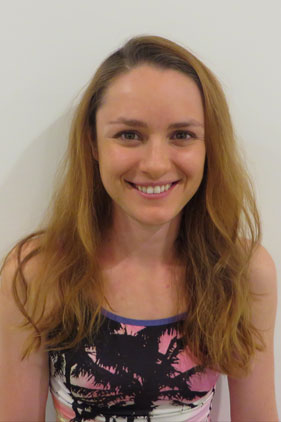 Bikram Yoga can change your life in ways you can barely imagine. Six years ago, I experienced lower back pain that came on suddenly and it kept getting worse. After desperately Googling away, thinking maybe there was a yoga or pilates class that could help, I came across Bikram Yoga. A nearby studio had a reasonable introductory offer. It was worth a shot.

The class was hotter and harder than I expected but I liked the challenge. My back pain eased and several classes later it was gone! I couldn’t believe it. After each class, my body felt so much better and I was more relaxed.

Life was busy and I only practiced sporadically. Each time I had an injury or a niggle that wouldn’t go away, I ended up in the hot room. My body started to crave the practice and I eventually signed up for an unlimited pass. I saw immediate and incremental improvements in my mind and I became increasingly intrigued by the yoga. I wanted to find out more and to share it with others. That’s when I signed up for teacher training in September 2013.

Now not only do I get to experience the wonderful benefits of my own Bikram practice but I also get to share them with my students. Bikram Yoga is designed for maximum therapeutic benefit, improving health by balancing and strengthening the systems of the body to prevent illness and injury. It is suitable for everyone. Class by class, inch by inch, you too could experience the benefits. I look forward to seeing you in the hot room.